Sri Lanka’s gem industry has a history of nearly 2500 years. Then and now gems were a major export product of the island making it world famous for precious stones. From the first century AD numerous are the scattered references made to the country’s precious and semi-precious stones. Archeological evidence has proved that even in pre-historic times gems had attracted the country’s early inhabitants.

In the ancient times Sri Lanka was called ‘Ratnadeepa” which means the island of gems due to its unique gem resources. Sabaragamuwa province is the most famous place for gem mining.

Many Sri Lankan Kings have sent gems and pearls to foreign countries by ships for trade purposes. In 250BC The Sri Lankan King gifted three kinds of beautiful gems and eight types of pearls to Indian Emperor. These are in addition to the references to Sri Lanka’s gems that foreign travelers, historians and visitors like Fa-hsien, Ptolemy, Marco Polo, Ibn Batuta and Robert Knox made in their records of this country in later years. 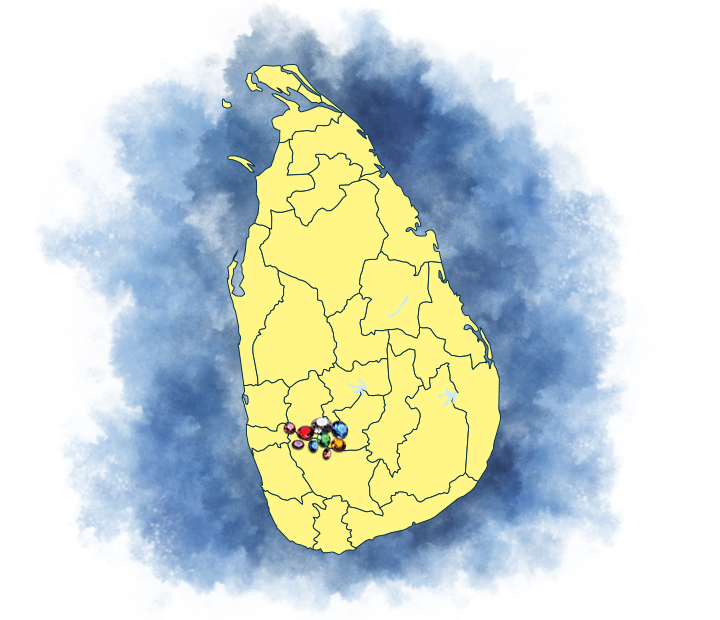